BuddhaHome introduces to you a unique variety of rice grown only in the 300 sq. km. BuddhaHome region. Natively known as Kalanamak Rice owing to its Black husk, this special variety rice has now been renamed as Buddha Rice by the Indian Government. 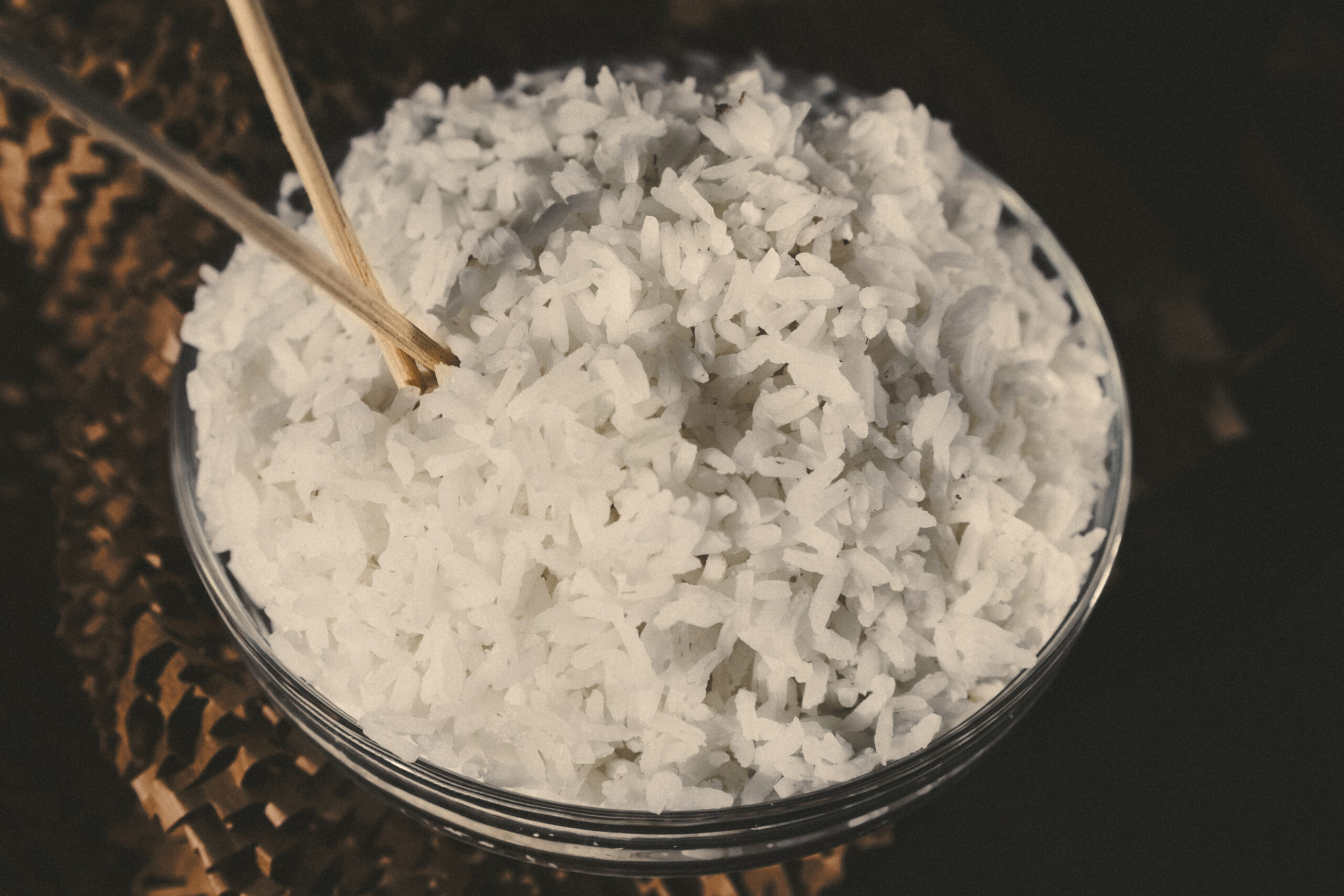 Buddha Rice: The Gift of Buddha

BuddhaHome brings you the finest quality rice from India, the real home of Buddha. Buddha rice is the divine Kalanamak rice variety that has been cultivated in the Himalayan Terai region ( eastern Uttar Pradesh, India) since the Buddhist period. The rice that was featured by the United Nations’ Food and Health Organization in its book ‘Speciality Rices of the World’ has a captivating aroma that will leave you spell-bound.

Legend says that Gautam Buddha grew up eating Buddha rice (Kalanamak). It was even gifted by him to his followers when they asked him for Prasad. It is said that when Gautam Buddha after gaining enlightenment was returning to Kapilvastu, he was stopped by the villagers of Mathla village, there he gave them the rice that he had received in alms and said, that the rice produced will have a typical aroma which will remind people of him. 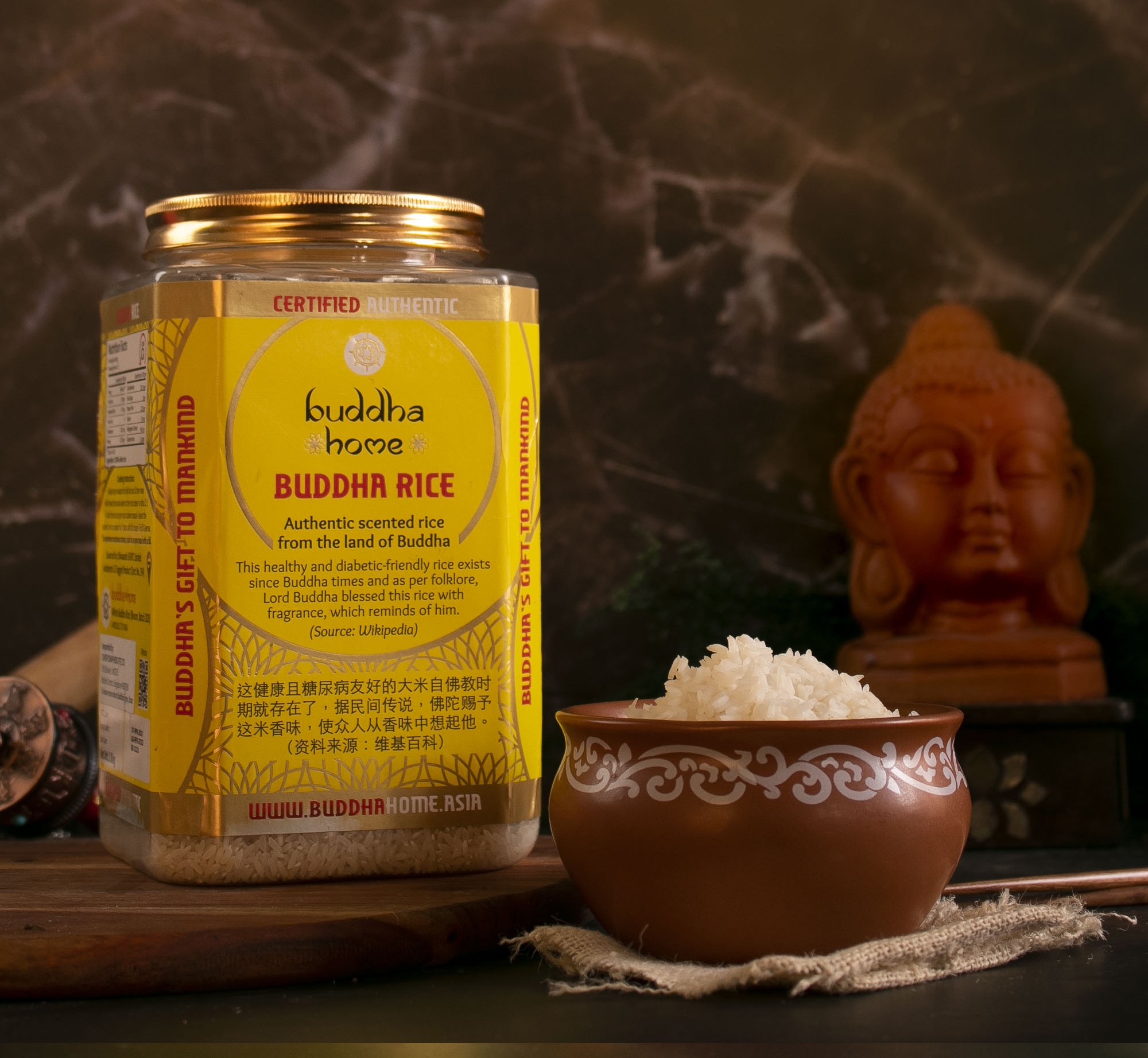 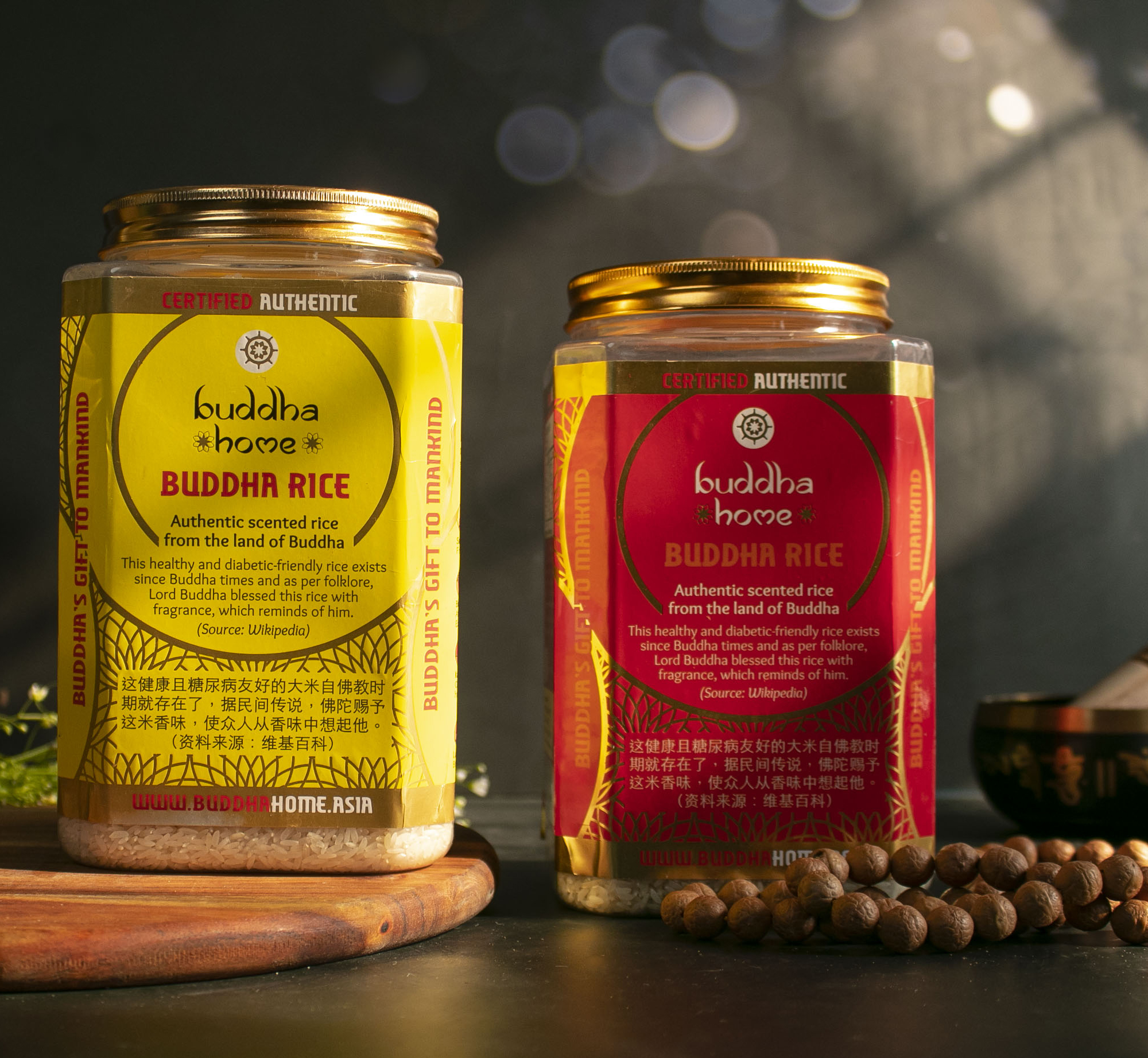 Since then, Kalanamak rice is being grown in the belt between Bajha and Aligarhwa which comes under the Siddharthnagar district. The area was given the GI tag by the Government of India in 2012 and it is said that if you sow the variety anywhere else, it will lose its essence. Buddha rice comes from the home of Buddha. Popular as the Black Pearl, Kalanamak rice variety surpasses even the finest quality Basmati rice. It is not only scented but is also rich in micronutrients which make it a healthy choice for you. Savor it to experience it!